somewhere in the mid to late seventies…………. went to Vidal Sassoon Salon in Toronto, my sis always went there, when she wasn’t going to the House of Lords (which believe it or not, still exists somewhere on Yonge Street). The stylist told me that golden wasn’t really moi, so I let him dye my locks dark ash blonde………………… I think it lasted perhaps 3 days, then I bought a box of light golden blonde dye and went back to being what I feel is me….

I suppose I kept it long enough to go to work…

Oscar is the plant behind me (a chefalure…?? that my sis and bro bought for my mum on mother’s day not long after we emigrated to Canada.  I still have Oscars great-great-great offspring). Back to golden blonde with roots, and bleached eyebrows and little denim piny…

Yes it is an awful wig.  I bought a couple of wigs in the 70’s – experimenting with new looks, including a brown very curly (not quite afro) wig.

My sis and I were playing around with clothes and taking photos of each other.  She is wearing my awful light ash blond wig.  Ahem, we both loved Cat Stevens…

this is a cute shot of my brother and sister also fooling around with photos.  She is wearing a sou’wester that my bro bought during his year in England…

OMG … this is a pic of me and sis on a new year’s eve in the mid 70’s.  I don’t know if she went out to party, but I remember I did, hoping to hook up with a certain guy!  Acht, he was with someone else, as was my other hope, (his bro).  Horrible new years eve for me!!  Please excuse the ‘orrible flashy belt I am wearing.  I borrowed the striped cross-over top from sis.  She is wearing a Miss Selfridge top.  The biggest store in Canada in the last century was EATONS.  They had the wisdom in the 70’s to add a Miss Selfridge (from pre TOPSHOP Selfridges) to their YouthWear department!!  We bought quite a bit of Miss Selfridge gear back then…

I remember when I returned to work on a new ward from one of my maternity leaves.  There was a young man who was about 18 suffering from Duchenes muscular dystrophy.  I had never nursed him, in fact I didn’t even know him.  The nurses on 5F knew him well and had been treating him for various complications for quite a few years.  The MD had wrecked his body and was slowly but surely destroying his ability to use his respiratory muscles.  He apparently got so bad that he had to be transferred to ICU, because he could not breath on his own.  Michael was a favourite of one of my colleagues, Jessie.  Jessie was a registered nursing assistant.  She was perhaps in her early 50’s when I first met her.  She and her hubby had emigrated to Canada from Scotland when she was only 17….. and she still had her Scottish accent.  Jessie had a wonderful sense of humour and a canny, motherly personality that appealed to our young patients.  Most of the other staff loved her too.  She visited Jason in ICU every day she worked, as did other 5F nurses.

I always listened with interest when my colleagues would report on Michael’s progress, which sadly continued to deteriorate.  I wasn’t back more than a week when I heard that Michael was being given continuous IV morphine to make him more comfortable.  The poor young man was on a ventilator and it was obvious that he would never come off it to breath on his own again.  He had the more severe form of MD and was never going to get better.  A day or 2 later, Jessie told me that Michael and his parents were now being asked subtly about a ‘do not resuscitate’ order.  She told me that as she was stroking his forehead, he lifted his heavy hand and put it to his throat in a slash movement.  She said that he had made his wishes known …. that he wanted to let go.   His poor parents were in agreement with Michael and so he was ‘snowed under’ slowly with morphine until he passed away.  Many of the 5F nurses went to his funeral.

Jessie unfortunately is no longer with us.  I was told last year when I visited my former colleagues at HSC that she passed away from a cancer in the early millennium.  God bless her.  She helped so many hapless little souls during their suffering. 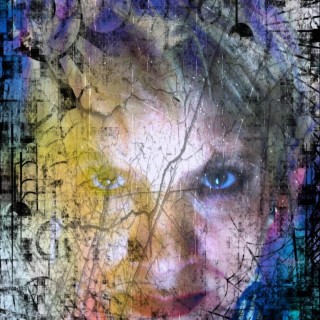 Cannot believe that I am now in my 6Os!... life has a funny way of sneaking up on you, but I have to admit that I have many wonderful achievements of which I am proud ... I am also privileged and humbled by many of my life experiences and striving to learn from those of loss and despair...

"down the yellow brick road"

The website of Luther M. Siler, author of fictional things

This WordPress.com site is the bee's knees

Hazy Shades of Me

Mere moments of clarity are all I can promise...

A housewife who loves to craft and loves her cats! ❤

the daily ramblings of a thrifty chic gal

BLACK, WHITE & READ ALL OVER
It's not my fault.

Just a place to get inside my head.